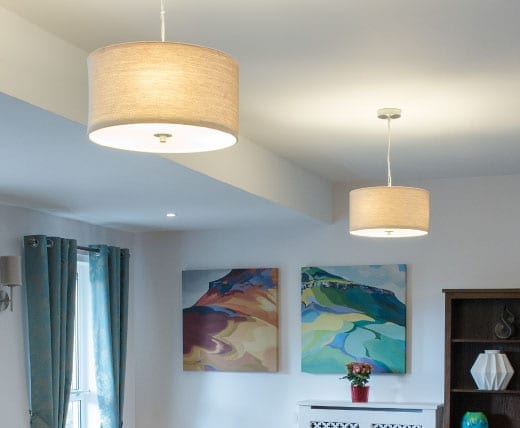 Metro Bank is growing its presence in the healthcare market presence as it expands its store footprint across the country.

Having established its first store in Holborn in 2010, the bank is now expanding outside London and the South East. It recently opened branches in Bristol and Southampton and has further stores scheduled to open in Bath, Cardiff, Exeter and Birmingham through to the end of the year and into 2019.

Roger told CHP that Metro Bank was seeking to expand its health and social care team, originally set up by Dennis Knockton, in tandem with its growth across the country.

“Dennis was brought in to focus on health and social care because we saw an opportunity in the market, which was borne out by appetite amongst high street banks, coupled with its alignment to Metro Bank’s growth strategy,” Roger said.

“If you look at the dynamics of the market such as undersupply, over demand and old stock, we felt there was an opportunity to support that market, which had proven demand on a look-forward basis.

“We see health and social care very much as an opportunity and so are investing heavily in having the right representation to cover those markets.

“There are strong care markets in the South West and the Midlands we will cover, as well as, ultimately, Manchester and the North East and North West, where we intend to be around 2020.”

Metro Bank has grown its health and social care team to four, including two commercial banking directors and one support member, and is recruiting two more team members to cover the South West and Midlands markets.

“We will probably double are our care investment from £150m last year to £300m this year,” Roger said.

“Providers are more comfortable with a five-year break because it gives them flexibility,” Roger noted.

Other services include providing capital expenditure funding for care home refurbishment and extensions.

The bank also funds developments for providers seeking to grow their portfolios.

“We are seeing a lot of operators looking at new build to grow their portfolios rather than buying established homes where the market has become more competitive,” Roger said.

“They might have four or five homes but their plan over the next three years is to build two or three new ones so we will do the development funding for those.

“As the development market started it was assumed it would take 18 months to two years to fill up a home. What we are seeing now is that that fill-up is taking longer. What we say to providers who are looking to develop is we would run that period to three years.”

Roger said operators now tended to hold their position on fees and have a slightly longer fill-up period.

“Operators are realising that you can fill a home up very quickly if you want to but you will do that on the basis that you will have to reduce your fees,” he said.

“If you fill a home on a relatively low fee structure you then find it difficult to start increasing fees.

“We have seen operators that are running at 90-95% occupancy but they have set the fee structure too low and they have the added impact of increased costs.

“We would always prefer to work with somebody with a longer assumption to fill-up that protects the integrity of the fee structure so that they can then manage the costs as they see the fees coming through.

In terms of the type of care offering, while Roger stressed the need to cover the full range of the care spectrum, including elderly residents, his team was seeing more growth opportunities in the specialist end of the market.

“The specialist end of the market has been severely undersupplied relative to elderly care for a long time,” he noted.

“We are seeing a lot of operators who have been historically in the elderly care market adding to their portfolios with elements of specialist care by working within their existing CCG network.”

Roger said elderly residential care providers were facing a number of challenges, including relatively flat fees and rising costs, due to the National Minimum Wage, as well as issues surrounding staff recruitment and retention, and a more stringent regulatory regime.

“A lot of operators have looked at this and thought how can we diversify the portfolio to remove some of these issues?” he said.

“We are seeing more care home providers invest in the specialist market rather than more traditional elderly care.”

“Specialist care has a very different fee structure to elderly care,” he stressed.

“The difference between the average weekly fees for elderly and specialist care is quite significant.

“Whilst the wage bill is higher because the care is more specialist, that is set against a much higher revenue stream. There’s a more flexible fee structure than we have traditionally seen in elderly care.”

Roger observed that dementia care providers in London and the South East enjoyed fee levels as much as three times those of traditional elderly care providers.

“We have two or three operators at the very specialist end, including rheological rehabilitation, acquired brain injury and very acute mental illness or learning disability,” he said.

“They are smaller homes at around 25-30 beds but we will look at those because of the nature of the care they are providing.”

Roger described the typical Metro Bank care home customer as being an existing operator with three or four homes.

“We are buying into their growth strategy and what they want to achieve within three to five years,” he observed.

The bank’s portfolio also includes large operators, such as Impact Healthcare, which run around 95 homes.

“We have refinanced part of their portfolio to enable them to acquire more,” Roger noted.

At the other end of the spectrum, the bank also holds a couple of one of two care home operators who have a strategy to grow and a good relationship with CCGs.

“There’s more room for this size of the provider at the specialist end of the market,” Roger said.

“You probably need more scale in elderly care to deal with fee and cost levels.”

“You don’t tend to find specialists with elderly in this mix because they have a very different dynamic,” he added.

Roger also noted the trend of operators starting to think beyond the provision of traditional care to combining facilities such as a restaurant, gym and concierge with a level of elderly living care provision.

“There is a dementia care provider we are talking to who is looking to provide different types of care such as assisted living set around a high street with a café, book shop and launderette so that they are offering close to a normal living environment with a provision of care,” he added.

Roger said specialist providers were also offering care alongside additional care transition services, which allow them to reintroduce people back into the community.

The director said Metro Bank focused on ‘the who’ when assessing when to back a care home operator.

“We want to know who the operators are and whether they can deliver on what is required of them,” Roger said.

“We will always meet the manager of the home and also want to meet whoever is leading the clinical side of provision, dependent on the type of care that is being provided.

“We will always build multi-level relationships with the people we believe are absolutely critical in delivering the care at a particular home, while accepting that the overall owner and operator will probably sit across the top of them.

“We have just looked a portfolio and we have refinanced the homes – eight of them are Good and two are Requires Improvement.

“We know what those issues in those homes are and that they can be resolved.

Roger said he had seen some situations where an operator had self-embargoed their homes, which has been seen as a positive action by the CQC.

He said the CQC saw such a move as a precipitative action, which made it more inclined to work with the operator and help them resolve their issues.

Roger and his team look at CQC report in terms of being split between the administrative and the care side. He noted it was easier to work with a home and help resolve their issues if they had administrative issues rather than those related to the quality of care delivery.

“It comes back to the core principles of Metro, which are being flexible and accessible,” Roger concluded.

“We will talk pretty much to anyone because we are in a position where we are growing and every customer that we can work with who is growing too actually helps us as well.”